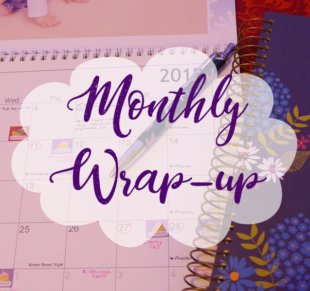 May was another busy month for me, particularly at work where student GCSE exams are well underway and many reports are due. But I’ve had lots of fun times at the weekends where I’ve been able to let my hair down a little.

We took our daughter around the fair, went out for a meal with friends, attended a baby shower and visited a wildlife park. This week, we’ve been off work for half term so we went to the cinema, had a BBQ for my little step-brother’s birthday and dressed up for a 1940s dance.

May was a good blogging month. I actually wrote some reviews! I also joined in with the We are the World Blogfest for the first time. I had to make a lot of behind-the-scenes changes to make my blog GDPR compliant; I updated my privacy policy and added consent checkboxes just about everywhere.

Because I had a week off work, I finally managed to catch up with the backlog of blog posts that I’d marked as ‘read later’ on Feedly, reply to all my comments and visit everyone back. I feel much more on top of things!

I’ve started visiting more blogs for the The A-Z Challenge Road Trip and I’ve also signed up for the Summer 2018 Comment Challenge. My partner is Olivia from Olivia’s Catastrophe and we’re aiming to comment on each other’s blogs at least 5 times in June.

Total Blog posts: 17. You can read all my May posts here.

Thank you all for joining me, I really appreciate it!

No new artwork, but I have been working on my novel. I was a bit stuck on certain plot points and character arcs but I finally feel like I’m getting somewhere now and it’s starting to make sense. My main struggle with it has been that I keep getting lots of new ideas for how things could go and then falling down a rabbit hole of research instead of just getting it written. I’m still really excited about this project though and am looking forward to sharing some excerpts on the blog soon.

Films watched: We actually went to the cinema twice this month which is unprecedented since we rarely get to leave the house without our mini-me these days.

I saw Infinity War at the beginning of the month which I really enjoyed despite it being an emotional rollercoaster. I thought they managed the large cast of characters really well. As soon as it was over I had to look up all the fan theories online and I’m really excited about what will happen in the next film.

We saw Deadpool 2 earlier this week, which was just as funny and cringe-worthy as the first one. I like how he keeps breaking the fourth wall all the time and cracking jokes about the X Men.

I watched a couple of films on DVD as well:

I’m sure I watched a few more but I can’t remember what!

TV shows:  I’ve mainly been following Britain’s Got Talent and Harry Hill’s Alien Fun Capsule. The Handmaid’s Tale is back on but I’ve been putting off watching it because it’s a bit depressing and I haven’t been in the mood. I watched a bit of Star Trek: TNG and the cartoon Black Panther series on DVD.

Quote of the Month 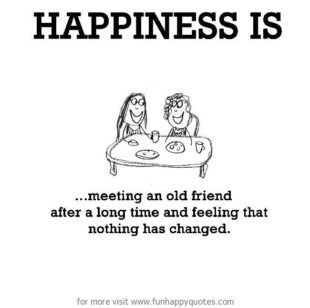 How was May for you? What are your goals for April?