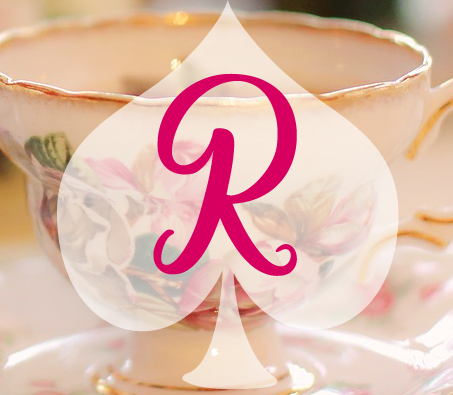 For the letter R, I decided to look at the abundance of riddles in Carroll’s work. As we discussed earlier this week, riddles were often used in nonsense fiction and many of them were intended to be unsolvable. They are meant to amuse and entertain and perhaps to inspire us to think outside the box, but there is not necessarily a single correct answer.

The unanswerable nature of the riddles Alice encounters leaves her baffled and frustrated. She thinks that everything should have a meaning, but as we know, not everything in life makes sense.

This is probably the most famous of Carroll’s riddles, posed by the Hatter at the tea party. When Alice asks the Hatter for the answer, he confesses that he hasn’t “the slightest idea”. Carroll himself proposed a solution to the riddle in the 1896 edition of Alice in Wonderland:

“Enquiries have been so often addressed to me, as to whether any answer to the Hatter’s Riddle can be imagined, that I may as well put on record here what seems to me to be a fairly appropriate answer, viz: “Because it can produce a few notes, tho they are very flat; and it is nevar put with the wrong end in front!” This, however, is merely an afterthought; the Riddle as originally invented, had no answer at all.”

Note how Carroll spells “never” as “nevar“-this is not an error, as it actually spells “raven” backwards! Unfortunately, the spelling was corrected in all later printings, so Carroll’s clever joke was lost for a while.

Several other solutions have been suggested, but my favourite is by puzzle enthusiast Sam LLoyd: “Poe wrote on both”, which of course refers to Edgar Alan Poe, who wrote the poem “The Raven”.

I came up with two answers myself: “one makes a wood his home, the other is made of wood for the home”, or alternatively, “one has feathers as black as ink, the other is written on with ink and feathers”. Eh, it’s hard!

Ultimately, as Carroll states above, there is no real answer to the riddle, and that’s the point. It’s meant to illustrate the nonsensical and perplexing nature of Wonderland.

What is your favourite riddle? Can you think up your own answer to the riddle “why is a raven like a writing desk?”

15 responses to “R is for Riddles and Ravens #atozchallenge”