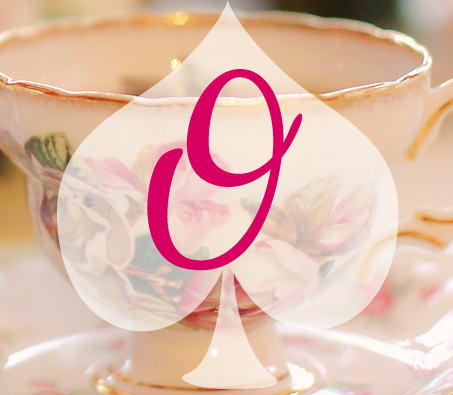 For the letter O, I first thought I might write about opposites, of which there are many in Carroll’s works. But then I realised I covered most of that in my post about Mirrors. So today I’m talking about oysters instead.

“O Oysters, come and walk with us!”
The Walrus did beseech.
“A pleasant walk, a pleasant talk,
Along the briny beach:
We cannot do with more than four,
To give a hand to each.”

But four young Oysters hurried up,
All eager for the treat:
Their coats were brushed, their faces washed,
Their shoes were clean and neat–
And this was odd, because, you know,
They hadn’t any feet.

The oysters seem to symbolise the naivety and foolhardiness of youth. They are sweet and trusting and you can’t help but feel sorry for them as they trot merrily towards their doom. The story offers a good lesson for Alice, who is also a victim of her own curiosity. She just can’t resist following the white rabbit, even though it leads her into potentially dangerous situations (such as nearly parting company with her own head!)

Some species of oyster contain pearls or have beautiful translucent shells that are used to make jewellery and ornaments. Interestingly, they are also considered to be an aphrodisiac. The oysters in the poem are unaware of their beauty or potential hidden value and this ignorance allows them to be ‘seduced’ by the Walrus’s flattery and ultimately ‘consumed’. So perhaps Carroll’s choice of oysters as the unwitting victims was meant to be a cautionary tale against being led astray by our desires and letting others manipulate and exploit us. The young Alice may not yet understand that not all people are as they seem, and some can have sinister intentions.

The background history about real oysters is interesting. Some species are now an expensive delicacy, but in the early 19th century they were cheap and mainly eaten by the working class. Unfortunately, high demand led to foreign species being introduced and many beds were used up or completely destroyed. The scarcity then meant that oysters became more valuable. Some critics have interpreted ‘The Walrus and the Carpenter’ as having a political message about the exploitation of the working class by the entitled upper class.

However, perhaps we are just over-analysing the poem and looking for a deep meaning where there is none. The delight of this poem, as well as much other literary nonsense, is that it defies analysis. Perhaps we should just enjoy the comical wordplay and absurdity of it all. What do you think?

Do you think the tale about the oysters has any symbolic meaning or is it just meant to be entertaining nonsense?

4 responses to “O is for Oysters #atozchallenge”