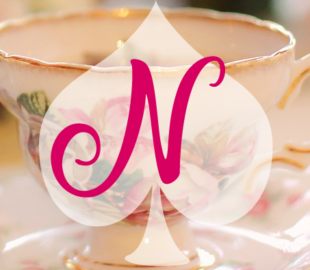 For the letter N, I’ve chosen to talk about nonsense!

The Victorians didn’t have the luxury of television or the internet (*gasp!*) so they used to invent games, puzzles and riddles to keep themselves entertained. They also enjoyed songs and nursery rhymes which originated from the oral folk tradition. Writers sometimes incorporated these riddles and rhymes into their stories, and a whole new genre of fiction was born.

Nonsense literature usually consists of absurd or symbolic images, witty puns and logical elements, which sometimes have a deeper meaning, but often do not. Some formal conventions of logic and language (such as semantics, syntax, etc.) are broken or subverted to create ‘nonsense’, but these are balanced with elements that do make sense. It crosses over with the fantasy genre because both often contain magic, talking animals and strange creatures; but in the nonsense genre, there is no comprehensive system of logic that explains why or how these things exist, and they may not be consistent.

The genre has always been very popular with poets such as Edward Lear, Spike Milligan and Dr Seuss. Even though a lot of nonsense fiction is aimed at children, the witty and light-hearted nature of the genre seems to appeal to all ages.

Alice in Wonderland is probably the most well-known example of a literary nonsense novel. It’s filled with bizarre characters, rhymes, riddles and logical puzzles. Throughout her adventures, Alice encounters many things that she can’t make sense of. She describes them as ‘curious’ or ‘confusing’ if she is intrigued by them and hoping to learn more, but sometimes she completely rejects the experience and angrily declares it to be ‘nonsense’. I suppose we can all be a bit quick to judge things as nonsense before we understand them, but don’t riddles seem like nonsense before they are solved? And perhaps not everything in life has to make perfect sense! 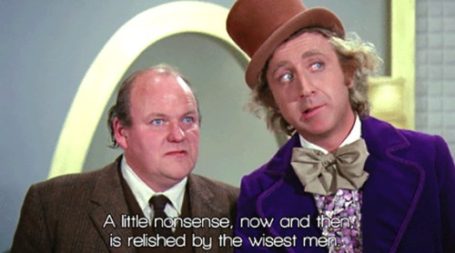 Have you read any stories or poems from the literary nonsense genre before? Do you like everything to make sense in a story or do you enjoy a bit of silliness?

5 responses to “N is for Nonsense #atozchallenge”