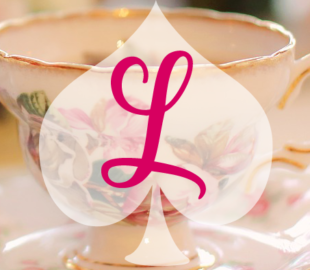 For the letter L, I’m exploring the interplay between logic and language in Carroll’s works.

Throughout her adventures, Alice encounters a number of characters and situations that defy logic and make her question the rules she had previously learned. Carroll uses wordplay and a number of creative language devices to show the illogical nature of the characters, but also to make us think about semantics and the role of language itself.

‘There’s glory for you!’

Humpty Dumpty smiled contemptuously. `Of course you don’t — till I tell you. I meant “there’s a nice knock-down argument for you!”‘

`When I use a word,’ Humpty Dumpty said in rather a scornful tone, `it means just what I choose it to mean — neither more nor less.’

`The question is,’ said Alice, `whether you can make words mean so many different things.’

Both Alice’s Adventures in Wonderland and Through the Looking-Glass begin with Alice entering a parallel world-first through falling down the rabbit hole and then by stepping into a looking glass. As she transitions from the real world into the fantasy world of Wonderland, the rules Alice knows become inverted. Most of the logic and language she encounters is based on opposites and paradox, which creates a sense of wonder, confusion and humour.

Lewis Carroll (or rather Charles Dodgson) was a logician at Christ Church College, Oxford. Both books contain many allusions to logical games such as chess and to mathematics. The disappearing Cheshire Cat, for example, may be a reference to the increasingly abstract nature of maths at the time, which Carroll disapproved of.

Carroll also explores the logic of language through riddles and wordplay. Alice becomes frustrated that she cannot understand the Wonderland characters because they so often use words with double meanings, or misinterpret what she says. The character that I feel embodies this confusing use of language is Humpty Dumpty, who appears in Through the Looking-Glass. He claims to be the master of words and has a debate with Alice about whether the meaning of language derives from the speaker or the interpreter. He then explains to Alice the meaning of the poem “Jabberwocky” which is filled with portmanteaus (nonsense words made from two or more real words combined).

The topic of semantics is also brought up at the tea party in Alice in Wonderland by the Hatter and the March Hare. They point out to Alice that saying what she means and meaning what she says are not the same thing. They are correct, because “saying what you mean” is about speaking honestly or stating your thoughts plainly, whereas “meaning what you say” is about your intention to put your words into action. Though the characters of Wonderland are supposedly ‘mad’ they frequently use clever and subtle wordplay that leaves Alice baffled.

This topic is HUGE and I sadly don’t have the time nor the depth of knowledge to cover it extensively. If you’re interested in learning more about the symbolism of logic and language in Carroll’s work, the articles below are a great place to start.

2 responses to “L is for Logic and Language #atozchallenge”