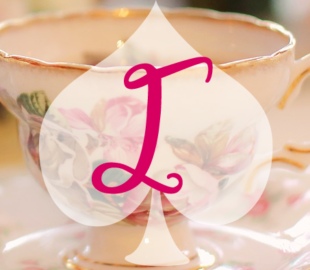 For the letter I, I’m discussing the theme of ‘Imagination and the Impossible’ in Caroll’s works.

When Alice falls asleep and dreams of Wonderland, she enters a world of her own imagination, in which she discovers that very few things are impossible.

For, you see, so many out-of-the-way things had happened lately, that Alice had begun to think that very few things indeed were really impossible.

Alice laughed. “There’s no use trying,” she said: “one can’t believe impossible things.”
“I daresay you haven’t had much practice,” said the Queen. “When I was your age, I always did it for half-an-hour a day. Why, sometimes I’ve believed as many as six impossible things before breakfast.”

At the beginning of her adventures, Alice views the world as something ordered and meaningful. She’s a smart child and has learnt lots of rules about logic, maths and social etiquette. However, when she enters Wonderland, everything that she knows is turned on its head. She encounters various bizarre and impossible things such as talking animals, vanishing cats and cakes that cause her to grow in size. She begins to accept that her previous worldview was limited and that things she thought of as impossible can actually exist, at least in Wonderland.

Of course, as I discussed in my post about dreams, Wonderland is a fantasy world conjured up by Alice’s subconscious. Carroll links imagination with the innocence of childhood and the message seems to be that we should all try to keep in touch with our inner child throughout our life.

Alice’s adventures encourage us to use our imaginations to think beyond the ‘impossible’. Believing in impossible things causes us to think outside the box and leads to inspiring and innovative ideas (more “I” words!).  After all, things that were once thought impossible (like travelling to the moon), have now been proved possible by scientists and great thinkers who dared to believe in what others dismissed as madness. A great quote from Walt Disney springs to mind: “Impossibility is only the figment of an insufficient imagination”.

Have you ever believed in something that others thought of as impossible? Do you think it’s important to preserve our imagination into adulthood?

10 responses to “I is for Imagination and the Impossible #atozchallenge”