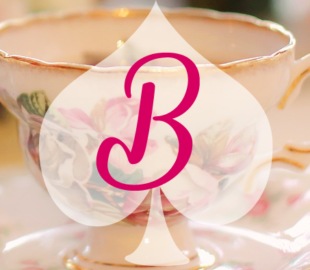 For the letter B, I have chosen to look at one of the minor characters from Alice in Wonderland.

Bill the Lizard first appears in chapter four of Alice’s Adventures in Wonderland. When Alice grows to an enormous size and gets stuck in the White Rabbit’s house, the rabbit orders Bill the handyman (handylizard?) to go through his chimney and investigate. Alice kicks him and sends him flying into the air, but luckily he is saved by the other Wonderland creatures. Bill also appears as a member of the jury in the Knave of Hearts‘ trial, in which Alice takes his pencil from him because it’s squeaking too much on his slate and annoying her.

`Oh! So Bill’s got to come down the chimney, has he?’ said Alice to herself. `Shy, they seem to put everything upon Bill! I wouldn’t be in Bill’s place for a good deal: this fireplace is narrow, to be sure; but I THINK I can kick a little!’

She drew her foot as far down the chimney as she could, and waited till she heard a little animal (she couldn’t guess of what sort it was) scratching and scrambling about in the chimney close above her: then, saying to herself `This is Bill,’ she gave one sharp kick, and waited to see what would happen next.

The first thing she heard was a general chorus of `There goes Bill!’ then the Rabbit’s voice along–`Catch him, you by the hedge!’ then silence, and then another confusion of voices–`Hold up his head–Brandy now–Don’t choke him–How was it, old fellow? What happened to you? Tell us all about it!’

Last came a little feeble, squeaking voice, (`That’s Bill,’ thought Alice,) `Well, I hardly know–No more, thank ye; I’m better now–but I’m a deal too flustered to tell you–all I know is, something comes at me like a Jack-in-the-box, and up I goes like a sky-rocket!’

I couldn’t find much information about poor old Bill. In my opinion, he seems to represent Victorian working class people, who were ordered about by the upper classes and often forced to do dangerous, dirty jobs like chimney sweeping. In the passage above, Alice remarks that she wouldn’t want to be in Bill’s place. Alice seems to have had an upper-class upbringing and she doesn’t treat Bill with any respect at all. I think this shows the darker side of Alice’s personality; she can act selfishly without thinking of the consequences.

What do you think Alice’s treatment of Bill shows about her?

17 responses to “B is for Bill the Lizard #atozchallenge”