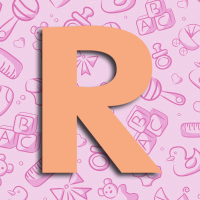 Today I’m continuing with the A-Z Blogging Challenge! The aim is to write a post for every day of the month except for Sundays, with each post representing a different letter of the alphabet. This year, since I’ve just become a mum for the first time, my theme is: ‘an A-Z of Newborn Care’. I’ll be talking about all the highs and lows of parenting, sharing things that have been useful for me and posting some cute pictures.
For the letter ‘R’ I have chosen to talk about Routine. It seems as if from the minute you come home from hospital you are bombarded with well-meaning friends and relatives asking about whether you have ‘established a routine’ yet. Usually it’s the last thing on your mind for the first few weeks, when you are just managing day-to-day and all you want to do is sleep. But eventually you might want to get some sort of regular schedule in place.
Some mums love to have a strict routine where every aspect of the day is planned in advance, whereas others take a more laid-back approach. I fall into the latter category and tend to follow a baby-led routine, whereby I look out for my little one’s cues that she is hungry or tired and build my day around her. I didn’t work to get her into a routine, eventually she just began to naturally follow one herself and we just fit in with that. I don’t think a strict routine is necessary for young babies, but for some mums it helps them to feel organised and keep on top of things, so the key thing is to do what you feel is right for your family.

Our general routine is as follows: My husband changes her before he goes to work at about 7:30am and I feed her, then she normally naps on and off until about 10am. Then we get up and I wash and dress her for the day. For the rest of the day we follow a loose pattern of change, feed, play, sleep, roughly every 2-3 hours depending on what we have planned (and of course I change her in-between if she needs it).

In the afternoons we often go on outings or have visitors. I feed her whenever she shows hunger cues such as sucking her hands and I put her down for a nap when she starts getting cranky or rubbing her eyes. The ‘play’ aspect of the day involves some time on the floor in her baby gym and some time just being silly, singing songs and doing other fun activities such as tummy time. I also read to her once a day.

In the evenings my husband usually looks after her while I cook or do some chores. Then she sits in her rocking chair and watches as we eat dinner, often joining in to babble along with our conversation. After that I normally bath her if it’s a bath night (about twice a week-any more gives her dry skin) and follow her bedtime routine of a baby massage, feed, sing lullabies and rock her then put her down to sleep. She normally falls asleep at about 10pm and sleeps through the night, though sometimes she wakes for a feed in the early morning. At the moment this routine is working brilliantly for us.

There are some useful articles about baby routines on Babycentre.

If you have children, do you follow a routine?