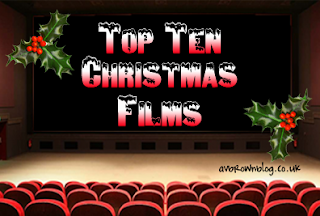 One of my favourite things to do at this time of year is to get cosy on the sofa in my pyjamas (preferably with a nice mug of hot chocolate) and put on a fun, festive film to get me in the mood for Christmas. There are so many Christmas films around now, but I always seem to come back to my old favourites and it just doesn’t feel like Christmas without them.

Below is a list of my top ten Christmas film recommendations. I hope you enjoy.

The original Santa Claus movie starring David Huddleston, Judy Cornwell and Dudley Moore has always been my favourite. I think I’ve watched it every year since early childhood and although aspects of it seem dated now, it still never gets old for me.

I love Huddleston’s portrayal of Santa and the lovely on-screen relationship with Mrs Claus. It’s a colourful, heart-warming movie with lots of feel-good music and never fails to get me in the mood for Christmas.


Ancient Elf: The Prophecy has come to pass, that there would come to us a Chosen One, and that he, having no child of his own, would love all children everywhere, and that he himself would be an artisan, and a craftsman, and a skilled maker of toys. And now, Chosen One, come forward. From this day on, now and forever, you will bring all our gifts to all the children in all the world, and all this to be done on Christmas Eve.

Santa Claus: How can I do so much in just one night?

Ancient Elf: Well, know this: time travels with you. The night of the world is a passage of endless night for you, until your mission is done. This is your legacy, and your gift…. as is the gift of flight. Now, all those within the sound of my voice, and all those on this Earth everywhere know that henceforth, you will be called — Santa Claus.

It’s easy-going, funny and is filled with cheery tunes to get you in the festive spirit. The Ghost of Christmas Present is my favourite!

This is, actually, one of the very few romantic comedies I can actually stand. Perhaps because it has such a great cast, including Alan Rickman, Liam Neeson, Bill Nighy, Hugh Grant, Colin Firth, Emma Thompson, Kris Marshall, Martin Freeman, Rowan Atkinson and Keira Knightly.

I like the format of inter-weaving narratives, some of which are silly, some sad and others heart-warming. It’s a mixed bag of stories that don’t all have satisfying resolutions or a wonderfully festive message, but are entertaining all the same. The soundtrack is pretty good too.

[neither understands the other’s language]
Jamie: [in English] It’s my favourite time of day, driving you.
Aurelia: [in Portuguese] It’s the saddest part of my day, leaving you.

4) The Nightmare Before Christmas

Is it really a Christmas film or a Halloween film? Either way, this classic from Tim Burton is brilliantly creepy, kooky and fun. It offers a nice change from all the very samey feel-good kids films. The songs are always stuck in my head for days after I watch it.

5) The Chronicles of Narnia: The Lion, The Witch and the Wardrobe

While not strictly a Christmas movie, The Lion, The Witch and the Wardrobe is set in a magical winter wonderland and does feature a cameo from Father Christmas himself. There are also lots of Christian themes and Biblical parallels in the story, such as the sacrifice and rebirth of Aslan the lion.
The snowy setting always makes me feel very ‘Christmassy’ and the magical story takes me right back back to my childhood.
Favourite quote: 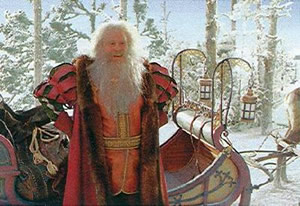 6) Rise of the Guardians

This is a relatively new animated film all about Jack Frost, Santa Claus and other fictional children’s heroes teaming up to protect children all over the world from the threat of the Boogeyman, Pitch.

It has a good voice cast, including Hugh Jackman, Alec Baldwin, Chris Pine, Jude Law and Isla Fisher. It’s a really nice family movie for this time of year.

The Polar Express starring Tom Hanks is a lovely, magical animation that really captures the imaginations of both children and parents. There’s a fun adventure and a sweet message about friendship and the spirit of Christmas. I find it almost heart-breakingly sad at one point, but thankfully it has a happy ending! It always makes me want some hot chocolate, too.

Seeing is believing, but sometimes the most real things in the world are the things we can’t see.

As I previously mentioned, I love the story of A Christmas Carol and can almost follow the script word for word. I was sceptical about this Disney version at first because there’s already been a lot of remakes and I’m not the biggest fan of Jim Carey, but I actually really enjoyed it.
The animation is fantastic and modern CGI allows the story to come to life in a way never seen before. The way Scrooge zooms through the air and up to the moon for example, is actually much closer to the descriptions in the book.

9) How the Grinch Stole Christmas

The avarice never ends! “I want golf clubs. I want diamonds. I want a pony so I can ride it twice, get bored and sell it to make glue.” Look, I don’t wanna make waves, but this *whole* Christmas season is…stupid, stupid, stupid!

This is another good version of Dickens’ classic tale. It’s a must-watch because it stars the amazing Patrick Stewart, whom I would watch in just about anything, to be honest.

Jacob Marley: Why do you doubt your senses?

Scrooge: Because a little thing affects them. A slight disorder of the stomach makes them cheats. You may be an undigested bit of beef, a blot of mustard, a crumb of cheese, a fragment of an underdone potato. There’s more of gravy than of grave about you, whatever you are! 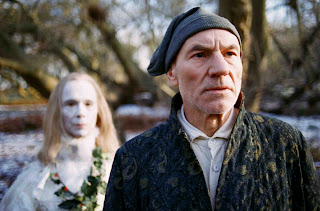 What are your favourite Christmas films? Do you agree with my choices? Let me know why (or why not) in the comments!