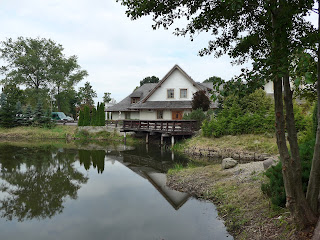 In August I travelled to Poland for my friend Milena’s wedding. I’d never been before so I didn’t really know what to expect. But it was a fantastic experience and I’d definitely like to go back.

Over the next two days I’m going to talk about the places we visited and share some of my photos. I hope you’ll join me for the journey!

The flight to Łódź Władysław Reymont Airport was about 2 hours 15 minutes, so not too bad. I’m a very nervous flier but the journey there wasn’t a problem. The wedding reception was held at Czarny Staw hotel near Aleksandrów in Łódź. The name translates to ‘Black Pond’, probably because there is a big lake in the grounds. It was a stunning venue. Our room-the Lavender room-was huge and consisted of two rooms plus an en suite. It worked out at about £30 per night plus breakfast, which is amazing! 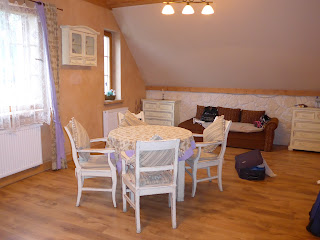 There was a good selection of food on the menu, even a few vegetarian dishes, which was great for me. On the day we arrived I had ‘pierogi ruskie’ for dinner-dumplings stuffed with cheese, onion and potato, which were very tasty. Breakfast was scrambled eggs with either bacon or sausage and a selection of cold meat, breads and cheeses. 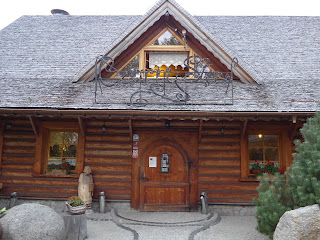 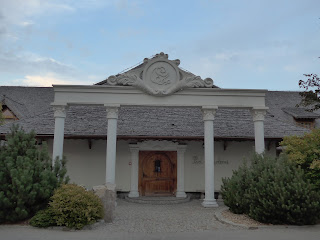 The wedding itself was such an amazing experience. The ceremony was held at a beautiful church that was quite plain on the outside but very ornate inside, with lots of gold decoration. The bride walked down the aisle while violinists played ‘Ave Maria’ from the balcony. Although I obviously didn’t understand the ceremony, it seemed to play out in a similar way to most of the weddings I’ve attended in England. 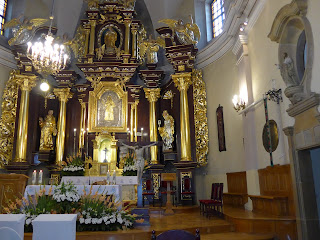 Afterwards, when we got back to the hotel, the party started almost straight away at around 4pm and the first dinner was served. I say ‘first’ because the bride had informed me that there would be seven dinners throughout the night, with the last being at 4am! At first I assumed she meant courses, but I soon discovered how wrong I was when the first dinner consisted of soup, a main meal and dessert! Then around every hour they brought out another hot meal! This was on top of the cold meats, cheeses, pate and sushi already on the table! There was also a ‘village table’ for which friends and family had brought homemade wine, vodka, pate etc. I’ve never seen so much vodka in my life! If you made eye contact with someone across the room they would raise their glass and get you to drink. 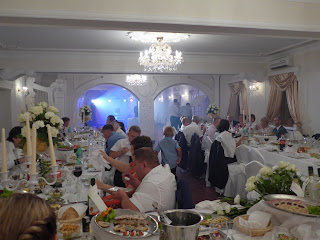 Apart from the huge amounts of food, the biggest difference I noticed between this wedding and an English wedding was the relaxed, informal atmosphere. Instead of eating your meal quietly and then waiting around for the disco to start, you could be tucking into your dinner one minute and then whisked away into a group dance the next. Or someone would start singing a song and everyone else would join in and people would stand up, swaying and raising their glasses. One song went through each month of the year and when it got to your birthday month you had to stand up through the whole verse while everyone sung and clapped. Another song was called ‘Sto lat’, which means ‘one hundred years’. It’s a traditional Polish song that is sung at weddings, birthdays and name days to express good wishes, good health and long life to a person. You can find the lyrics here if interested.

It was all very inclusive-everyone made us feel welcome and you had to get up and dance with lots of different people, not just your partner. I am a terrible partner dancer and feared stepping on people’s feet or falling over but once I relaxed and got into it it was okay. But very tiring! Especially running round in a circle and kicking my knees up at nearly six months pregnant! But I survived. There were also lots of games between courses, one of which was like ITV’s ‘Mr and Mrs’ and another which involved guests stealing items of clothing from the bride and groom (such as shoes and veil) and then performing forfeits and bargaining with vodka to get them back. It was such a lot of fun! The party didn’t finish until 6am, but we bowed out before 4am as we were both so tired.

We then stayed for a couple of nights in hotel Topolowa , which greatly amused me as the Polish pronunciation made it sound like ‘topple over’. The room was much smaller than that of the first hotel, but at only around £20 a night with breakfast it was a bargain. They didn’t do dinner at this hotel and there was a set breakfast-scrambled eggs one day and sausages the next. However they did kindly order some pizza for us to be delivered to our room one evening and they spoke good English.

On the first night we were there we went to a garden  party at the groom’s family house to eat up all the leftovers from the wedding! It’s a good idea really and makes sure nothing goes to waste.

The hotel was five minutes away from a small town called Zgierz, which we spent an afternoon exploring on our own. There wasn’t much in the way of tourist attractions here but there were quite a few independent shops, an indoor market and a lovely park with a boating lake and some high-wire adventure play. We were very proud of ourselves for managing to order lunch and a strawberry milkshake (‘shake truskawka’) from the local MacDonald’s. 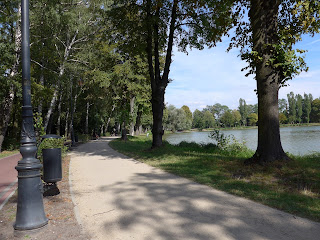 That’s the end of part I. Join me tomorrow to discover the city of Kraków and learn about the dragon lurking under Wawel Castle!
Have you ever visited Poland? Have you ever experienced a wedding in another country? Let me know in the comments!

« Harry Potter Moment of the Week (7) What magical creature would you like living in your house?
Holiday in Poland Part II: Kraków and the Dragon Under the Castle »