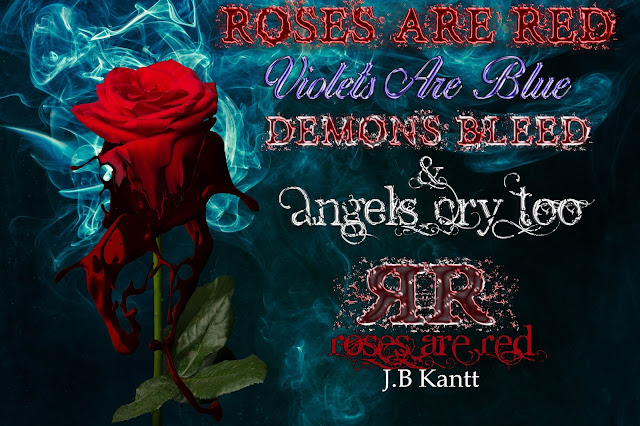 Today I’d like to talk to you about Roses are Red by J. B Kantt, a YA fantasy/paranormal novel that was released on May 10th this year.

Read on to discover the synopsis for the novel, find out more about the author and read some intriguing teasers! 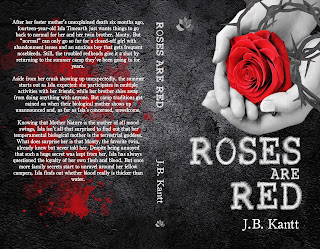 After her foster mother’s unexplained death six months ago, fourteen-year-old Isla Timearth just wants things to go back to normal for her and her twin brother, Monty. But “normal” can only go so far for a closed-off girl with abandonment issues and an anxious boy that gets frequent nosebleeds. Still, the troubled redheads give it a shot by returning to the summer camp they’ve been going to for years.

Aside from her crush showing up unexpectedly, the summer starts out as Isla expected: she participates in multiple activities with her friends, while her brother shies away from doing anything with anyone. But camp traditions get rained on when their biological mother shows up unannounced and, as far as Isla’s concerned, unwelcome.

Knowing that Mother Nature is the mother of all mood swings, Isla isn’t all that surprised to find out that her temperamental biological mother is the terrestrial goddess. What does surprise her is that Monty, the favorite twin, already knew but never told her. Despite being annoyed that such a huge secret was kept from her, Isla has always questioned the loyalty of her own flesh and blood. But once more family secrets start to unravel around her fellow campers, Isla finds out whether blood really is thicker than water.

“Look, just act normal for once,” I said as Monty stood up. “Please.”
“Normal? Normal? Earth to Isla: you and I are not normal. Me having anxiety issues is not normal, you having abandonment issues is not normal, us losing our foster mom just weeks before she was supposed to adopt us is not normal. We’re not normal, Isla.”
“I know we’re not normal, Monty,” I said. “That’s why I said act normal, not be normal.”
“And by ‘act normal’ you mean what? Act happy, act sad, act calm, cool, and collected?” he said. “I’m tired of acting. I’ve been acting since the day Cien was murdered.”
“Let’s get one thing straight, Monty,” I said. “We don’t know if Cien was murdered. For all we know she was struck by lightning or something.”
“She was murdered, Isla. I know she was.”
“I know you’ve convinced yourself of that, but the fact is her cause of death was undetermined.” Monty and I had had this argument time and time again. I knew he was mad about Cien’s death, and I knew he was even madder that I seemed to be so open-minded about the cause of it. “So don’t just jump to conclusions.”
“I can jump to whatever conclusions I want, Isla. Don’t tell me how to feel about Cien’s death.”

“That doesn’t answer my question,” I said. “But don’t worry. I used to care, but I got over it.” I’d grown sick of Mona playing favorites between Monty and me, and it was amazing how much better I felt once I stopped trying to compete for her time.
“It’s not as straightforward as you think, Violetta.”
“Oh I’d say it’s pretty straightforward, Mona.”
“Well maybe you’ll change your mind after you see this,” Mona said as she pressed together her middle finger and green-tinted thumb. As soon as she snapped those two fingers, the downpour stopped cold turkey. “You see? I’m not just your birth mother, Violetta, I’m Mother Earth as well. And there’s nothing straightforward about being a child of Mother Earth.” Well, that explained why Mona told us when we were younger that she didn’t have a stable home or income that would support us full time. Not that it really made a difference anyway; the fact that Mona chose the weather over her biological children was inexcusable in my book. “Isn’t that right, Montrose?”
“Wait, you knew about this?” I asked my brother.
“I thought we weren’t gonna tell her,” Monty said to Mona. He looked just as shocked as I was, but obviously not for the same reason.

The first story J.B. Kantt ever wrote was for a creative writing class application during her college days. Little did she know that a step towards fulfilling her undergraduate language arts requirement would also be a step towards fulfilling a passion for writing she never knew she had. Now, despite her dreams of becoming a developmental paediatrician, not a day goes by that J.B. doesn’t think about becoming an author as well.

When she’s not hitting the books, she’s working on her next book (in between volunteering and practising taekwondo). Her debut novel, Roses Are Red, is the first of the Blood, Sweat, and Tears Series. J.B. hopes that her journey to publication helps other writers realize that through hard work and dedication, anything is possible, no matter how old you are or how long you’ve been writing.

Does Roses are Red sound like something you would like to read? Let me know in the comments.