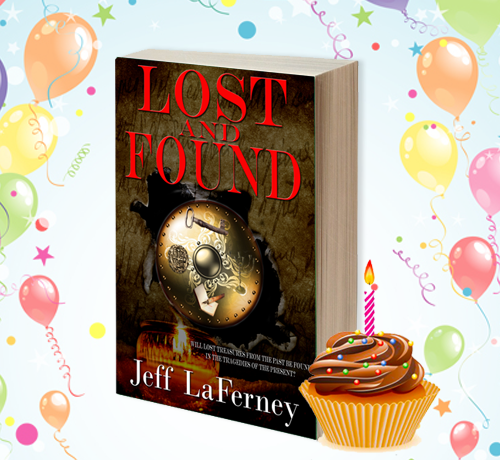 Today I’d like to wish a ‘Happy Book Birthday’ to one of my online writer buddies-Jeff LaFerney. Jeff is a lovely guy and an extremely talented author.

His latest novel, Lost and Found, is out this week and available to purchase from Amazon.

Keep reading to discover the synopsis, learn more about the author and read my review. 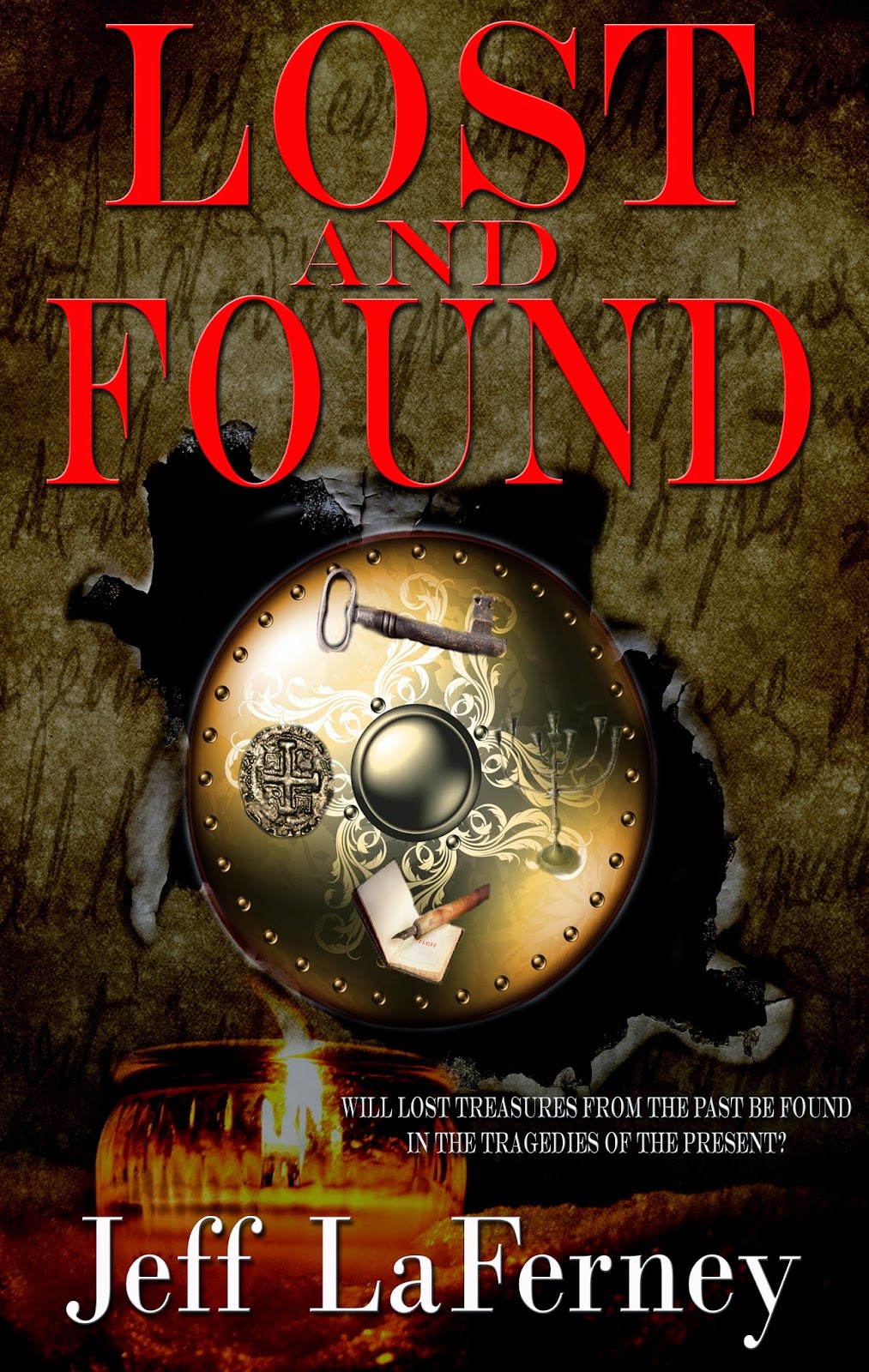 In 1939, a sole Jewish smuggler immigrates to America to preserve a heritage Hitler hoped to erase. In 1944, two spies enter the United States on a mission to track down one man and a treasure of missing Spanish gold. In 2014, the immigrant’s son, his mind deteriorating from dementia, disappears, but not before he leaves his grandson clues, thrusting him into a mystery seventy-five years in the making.

Blake Nolan and his girlfriend set out to unravel clues that could not only set secrets from history right again but also lead to two priceless treasures. With his grandfather’s life in the balance and suspects hot on Blake’s trail, will what was lost be found in time?

Disclosure: I received an eBook copy of this novel in exchange for an honest review.

Lost and Found was somewhat out of my comfort zone, as I don’t often read historical novels. However, I found myself fully immersed in the story within the first few pages. Lost and Found is one of those rare novels that not only has a gripping plot, but also has memorable characters and a message that resonates with you long after you read the last page.

The novel begins with a prologue that takes us back to the pre-WWII era, when thousands of Jews were forced to emigrate to America after being liberated from concentration camps. After being released from Dachau, The young Joseph Bloom (formerly Josef Bloomfield) is given the important task of smuggling priceless treasures to America in order to preserve the history and heritage of his people.

We then move forward to present day and meet Joseph’s son, who is now an elderly man suffering from dementia, and his great-grandson Blake. Quite early on, Grandpa mysteriously disappears and it’s up to Blake and his girlfriend Julia to follow the breadcrumbs that have been laid for them in order to save his life. I was sucked into the mystery straight away and enjoyed working out the clues along with Blake and Julia. Both were realistic and relatable characters. I particularly liked Julia, who was refreshingly funny.

However, Grandpa Bloom was probably my favourite character. LaFerney presents him with the right mix of sensitivity, respect and humour. He captures the paradoxical nature of dementia perfectly in the way that Grandpa is incoherent and vague one minute, yet startlingly lucid and insightful in the next. Throughout the novel I noticed a theme of ‘opposites’ and how they relate to one another-lost and found, young and old, right and wrong, despair and hope, for example. The novel particularly reflects on how the past and present interconnect. It was fascinating to unravel the web that the author weaved.

Lost and Found was an exciting read that kept me turning the pages late into the night, even with work looming early the next day. LaFerney expertly crafted an intricate plot with many twists and turns, puzzles to solve and plenty of suspense. It really felt like an adventure and the characters go on quite a journey of discovery. In a way I did too, as I learned a lot of interesting historical information. LaFerney must have done a lot of in-depth research to paint such an accurate picture of this period of history.

As the novel centres around the aftermath of the holocaust and the lasting impact on ‘survivors’ and their families, one would expect it to be quite a harrowing read. However, while there were obviously heart-wrenching and horrifying moments, there were also many moments of joy and humour. LaFerney cleverly captures the ‘ups and downs’ of life to portray authentic characters with realistic back-stories, motivations and stakes. I was left with a sense of admiration and awe for the characters and the real people they represent, who endure so much and risk everything to protect an invaluable cultural legacy.

I’m struggling to find anything negative to say about Lost and Found, but for the sake of balance I would add that the novel may not be for everyone. Readers that like a strong romance sub-plot are likely to be disappointed and the novel wouldn’t be suitable for those that dislike gritty, detailed descriptions. You don’t have to have an in-depth knowledge of history to enjoy the novel, but a basic grasp of the events of the holocaust and WWII certainly helps.

Overall, Lost and Found was an amazing book. I thank the author for enlightening me on a subject I had previously not given much thought to and for writing such a moving and entertaining story that will stay with me for a long time. 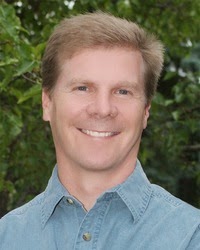 Jeff LaFerney is currently a full-time language arts teacher where he lives in Davison, Michigan. After coaching basketball for most of his career, he decided to write books instead and took on his new hobby. Now he spends his free time reading, writing, and editing books. He and his beautiful wife have two young adult children.

His Clay and Tanner Thomas series focuses on a father and son team who use parapsychological abilities to solve mysteries. Jumper is a time-travel science fiction adventure. Jeff also has a blog called The Red Pen where he usually infuses humor to share about himself or to give inspiration or writing tips. http://jefflaferney.blogspot.com/