Welcome to my stop on the Never Sleep blog tour, organized by Xpresso Book Tours. Check out the tour schedule to see the other posts.
Never Sleep is a young adult science fiction novel by Cody Vance, which was released on 15th March.
Keep reading to discover the synopsis, read my review and enter the giveaway for the chance to win a paperback copy of Never Sleep and a ‘Dreaming of New York’ sleep mask. 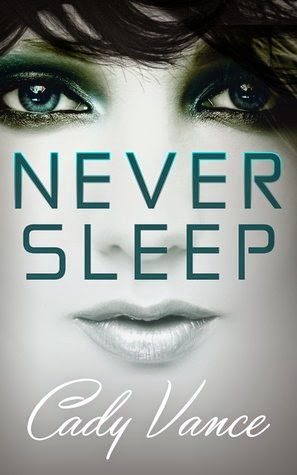 Thora Green had a life once upon a time. But that ended the day her parents enrolled her in a sleep clinic prison. At the facility, her chronic months-long insomnia is observed by scads of doctors, but she is never actually treated for her dire disease. In a feat of desperation, Thora escapes for New York City. Buried deep in the city’s underbelly, there is rumored to be a secret haven called the Insomniac Café: a place where people like Thora can find relief.

As Thora joins forces with Aiden and Florence, two fellow insomniacs, their midnight quest will take them from the dusty bookshelves of The Strand, to the smokey underground clubs in the Lower East Side, to countless taxi and subway rides. Clues leading to their final destination are waiting for them at every turn. But so are Sleepers—a powerful core of sworn-enemies to all Insomniacs—who wish to see Thora and her friends destroyed at any cost.

Disclosure: I received an eBook copy of Never Sleep in exchange for an honest review.

Never Sleep is an exciting and fast-paced science-fiction novel by Cody Vance. While it is aimed at young adults, it would be an enjoyable read for adults too. There’s plenty of action and also lots of mystery and a hint of romance, so there’s something for everyone.

At first, Never Sleep read more like a contemporary novel than a sci-fi one. The main character, sixteen year old Thora, has stage IV Chronic Insomnia (an extreme terminal version of real insomnia) and she hasn’t slept for 127 days. Because of this, her parents have sent her away to a clinic where she is isolated from everyone but her brother Odin and the clinic’s medical staff. She has nothing to do all day and is always weak and exhausted. The clinic seems fairly normal, except at night Thora is forced to endure terrifying hallucinations that she’s told are part of her treatment. Although the staff claim to be working on a cure for insomnia, Thora suspects that she is merely their lab rat and that they’re withholding important information from her. She doesn’t trust the ever-smiling Dr Clark. Worse still, her parents seem indifferent to her and when she tries to tell them how trapped she feels they treat her like a spoiled child who won’t behave.

The only adult Thora can rely on is Dr Jeremy, her psychiatrist. He alone seems to care about Thora’s wellbeing and she depends on their sessions to keep her sane and well. Eventually Dr Jeremy finds a way to help Thora and Odin escape, and together they head to New York City (‘the city that never sleeps’) in search of the Insomniac’s Café-a safe-haven for people with their condition. The only way to find it is to team up with fellow insomniacs Aiden and Florence and follow the clues, which take them all over the city, and even underground. But all the time they are being hunted by the Sleepers-mysteries enemies who are on the lookout to capture every last insomniac. What the Sleepers want with the insomniacs is a mystery, and this intrigue kept me interested in the story. It was the first hint that Thora’s world is a little different from our own.

As the novel progressed, the tension mounted and it was easy to keep turning the pages quickly as I wanted to find out what happened next. Thora was easy to relate to as the story is told from her perspective, so I got to understand her fears and motivations. I admired her strength and determination not to let the Clinic staff break her spirit. I liked that despite her illness she was presented as a well-rounded character with normal hobbies and interests (such as Buffy the Vampire Slayer-yay!). She’s neither a damsel in distress nor a comic-book fighting machine; she’s just a normal girl that we see grow and change throughout the novel. However, I didn’t really connect to any of the other characters as I didn’t think they were developed as well as Thora was.

I thought the sci-fi element of the story was really clever as Vance has exaggerated a real life condition that we still know relatively little about. Scientific studies have shown that if people are deprived from sleep long-term they do develop problems such as impaired eyesight, difficulties with speech, memory loss and hallucinations. Long-term total sleep deprivation and conditions such as Fatal Familial Insomnia can indeed result in death, and with today’s stressful lifestyles chronic insomnia is becoming increasingly more common. So it’s not such a stretch of the imagination to envisage the condition developing into a widespread terminal disease. Vance doesn’t bamboozle the reader with confusing scientific jargon and fantastical technology, but rather presents a very believable world filled with excitement and suspense, as well as the odd surprise.

The romance element of the story didn’t overpower the plot, which was always driven forward by dangers to avoid and mysteries to solve. I enjoyed the process of piecing together the clues about what was really going on. Vance reveals elements of the mystery little by little as Thora discovers it, rather than telling us everything about the world in one big information-dump. Vance’s writing style was natural and uncomplicated-not a drop of purple prose to be found.

Overall, Never Sleep was a very quick and exciting read that will appeal to fans of the mystery and thriller genres as well as sci-fi. Hard sci-fi fans may be disappointed by the lack of futuristic technology, but I think most readers will enjoy the fact that the world is realistic. I would especially recommend this to fans of Beth Revis, whose sci-fi novels, such as The Body Electric, are in a similar vein. The ending left me wanting more and I’m looking forward to reading the next book in the trilogy and finding out what happens to Thora and her friends. 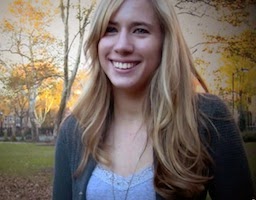 Cady Vance is the author of YA and NA speculative fiction. After growing up in small-town Tennessee, she decided to embark on a grand adventure by packing up her bags and moving to NYC. Now, she studies for her PhD in the UK and dreams of seeing the universe.
ll Website ll Goodreads ll Facebook ll Twitter ll

Enter below for the chance to win a paperback copy of Never Sleep and a ‘Dreaming of New York’ sleep mask. The giveaway is open internationally and ends on April 23rd.

4 responses to “Book Tour: Never Sleep by Cady Vance with review and giveaway”