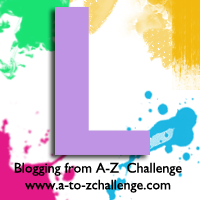 Keep reading to discover the symbolism behind these colours, see some lilac artwork and learn more about how lavender is linked to the LGBT rights movement.

Both lavender and lilac represent peace, tranquillity, grace, elegance and femininity. Like other variations of purple, they also symbolise spirituality, but can also symbolise decadence. Lavender is also associated with Easter because of the crocus flower, which blooms in the spring.

The Victorians saw lavender and lilac as a sombre, dignified colour and would switch to clothing of this colour after a year of mourning. Today, a lavender ribbon stands for general cancer awareness and is associated with LGBT rights (see below for more info).

My Lavender and Lilac Polyvore Creations

Lavender and The LGBT Rights Movement

Lavender has often been associated with the LGBT rights movement. Some people say that it’s because lavender is the colour you get when you mix pink (for girls) and blue (for boys).

During the late 19th Century, new pigments such as ‘Cobalt Violet’, ‘Manganese Violet’, ‘Cerulean Blue’, and ‘Mauveine’ became available, which could be used to create various shades of lavender and lilac when mixed with white. However, these pigments were generally expensive and sometimes toxic.

Many painters, such as Eugène Delacroix, Claude Monet, Vincent Van Gogh and Georges Seuret, began experimenting with shades of lavender and lilac to capture the subtle effects of light in the sky and shadows.

One of my favourite examples is this beautiful painting by Sophie Gengembre Anderson, called ‘The Time of the Lilacs’.

Do you like lavender and lilac? What do they symbolise for you?

One response to “L is for Lavender and Lilac #AtoZChallenge”