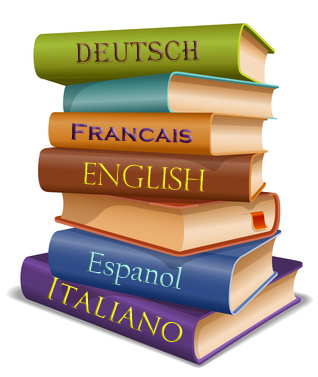 Have you ever read a book that was translated from another language? If you’ve read The Girl with the Dragon Tattoo, Anna Karenina, Battle Royale, Inkheart or any of these popular books, then the answer is yes. Many of us will have come across a translated novel at some point in our lives, especially during high school English class, as many of these works are considered ‘classics’. Some of the best books ever written were first published in a language other than English.

After discovering Smartling, a company that translates websites into many other languages, I got to thinking about how the language of a piece of literature brings the story life and what is the most important aspect I would like to remain consistent between languages.

I’m a big believer that translating books into other languages is vital to maintaining a diverse and vibrant book culture. It allows us to share ideas between cultures and appreciate and enjoy international literary works. But do translated works really capture the ‘essence’ of the writer’s voice, or is something lost in translation?

A big part of my enjoyment of literature comes from the beauty of the language. A book with an exciting plot and captivating characters will entertain me for a while, but if the language is bland and devoid of symbolism, it’s not likely to leave a lasting impression. It’s usually the use of clever imagery that causes me to fall in love with a book.

A perfect example of this is the poetry anthology Prufrock and Other Observations by T. S Elliott, which is one of my favourite literary works. Nothing much happens in any of the poems. They are mostly about boredom, inaction and the mundane. They could be incredibly dull, if it weren’t for Elliot’s unique and compelling imagery. Here are a couple of my favourite quotes from ‘The Lovesong of J Alfred Prufrock that illustrate this:

“Let us go then, you and I,When the evening is spread out against the skyLike a patient etherized upon a table,”

“The yellow smoke that rubs its nuzzle on the window-panes,Licked its tongue into the corners of the evening.”

These lines wouldn’t have been captivating at all if Elliott had written something like “Let’s go out in the evening when everything is still and quiet” or “the yellow smoke descends and mists up the windows”! For me, a good translation of this poem would have to accurately capture the similes and metaphors Elliot uses, as they are central to my enjoyment of the poem (and arguably of poetry in general).

Luckily, imagery can be preserved quite easily in a literal translation, although certain English idioms may not make much sense in another language. It must be much more difficult to capture the sound of a piece of fiction-the flow and rhythm of the words and the symbolism wrapped up in them.
For example, there is something vaguely onomatopoeic about the words ‘etherized’, ‘nuzzle’ and ‘licked’ in the above examples that give these lines a kind of sinister feel that is over and above what the words literally signify.

Now take a look at a German translation of this section of the poem, by Andrea K. Heal (1997):

The literal translation of these lines seems spot on to me, and even the rhythm is similar, if not identical. But you can hear that the rhyme of ‘afternoons’ and ‘spoons’ is missing, becoming ‘Nachmittage’ and ‘ausgemessen’.
Similarly, the rhyme is lost in the example below:

“Do I dareDisturb the universe?In a minute there is timeFor decisions and revisions which a minute will reverse”

As well as the lack of perfect rhyme here, the last line becomes very long and a bit of a mouthful (even for German speakers, I should imagine).

Please don’t get me wrong-I’m not meaning to criticise the translation, which actually seems very good. I’m just trying to illustrate how difficult it can be to recreate sounds and sound symbolism when translating a piece. In order to preserve the original meaning, often things like rhyme, alliteration, onomatopoeia, assonance and sibilance have to be sacrificed. I’m not by any means suggesting that these are the most important things about a work of fiction, but they do help to bring literature (and especially poetry) to life. After all, poetry and stories are rooted in the oral tradition, and many of the classics, such as Beowulf and Homer’s Iliad were intended to be read aloud.

So, I suppose that imagery is the most important aspect of writing that I would want to be preserved from language to language. Imagery gives a piece richness and colour and allows us to create a detailed picture in our minds. Linked to this, is sound symbolism, which is personally one of my favourite things about poetry and literature in general. But this is much harder to reproduce, so if a translation could successfully preserve both these aspects, I would be extremely impressed.

What do you think? What aspect of writing would you want to preserve through translation?

« Book Blitz: Orenda by Ruth Silver, with excerpt, writing tips from the author and a giveaway!
#AtoZChallenge Blogs I’m Most Looking Forward to Reading »