Today I’m pleased to be promoting the Family Portrait series by Gillian Felix. The fourth book in the series, Perfect Escape, was published on December 12th by Plain Talk Book Marketing and is available to buy now from Amazon, iTunes and Barnes & Noble.

Keep reading to discover the synopses, excerpts from each book and a guest post from the author. You can also enter the giveaway to win a digital copy of Perfect Escape, a Friend Sentiment wallet and a pair of JVC Gumy headphones!

Ready, Set, Drama
Adriana Banovic’s 15th birthday sucked! She got fired after eight years of playing Shayanne Montgomery on the #1 soap in the country, found out that her family was on the verge of bankruptcy and worst of all, forced to return to Westwood Academy. Her only saving grace was a chance glance at dreamy mystery boy Haze Lyndon. Armed with only his picture and a determination to find him—even if it means turning Los Angeles over on its ass.
In this new adult novel you’ll meet Robin Banovic, Adriana’s father; financially challenged, dealing with the death of a family member and his brother’s disappearance. You’ll meet Savannah DaCosta aka Savi, mother/manager; Savi enjoys the life her rock star daughter Leighann has provided. When Leighann makes a choice to end her career, Savi sees it as a personal attack.
You’ll meet college boy Haze Lyndon; New to Los Angeles, Haze soon realizes how quickly money changes hands in the City of Angels. Will he return to questionable ways to survive or go back to the safety of his family in Wisconsin?

Blackmail is a gift that keeps on giving.
College boy Kevin Banovic’s casual affair with Savi DaCosta suited him perfectly. Things change when he finds out that Savi is his mom’s high school bestie. When Kevin tries to end their affair, Savi blackmails him. After Kevin rescues Savi’s stepdaughter, L’Wren, from her abusive boyfriend, he can’t stop thinking about her. He must find a way to handle Savi, protect L’Wren, and keep his sanity.
Bad girl Adriana Banovic is pleased with herself for getting her nemesis expelled from Westwood Academy. As feelings between her and her latest victim Haze Lyndon escalate, an unexpected rival discovers her secret and threatens to expose her. With emotions on the line, will her new rival beat her at her own game or end up another casualty of Adriana’s wrath?
Zax Banovic has it all. Tall and handsome, he’s an academic genius, with a killer smile and a heart of gold. When his best friend gets into trouble, he feels responsible and covers for him. But his best friend is not as honorable and has other plans for Zax.

Everything we touch we destroy
When L’Wren’s ex-boyfriend Jeff suddenly disappears, she turns to Kevin to help her find him. With one phone call, Kevin makes sure that Jeff stays hidden and that L’Wren’s heart is broken, leaving the door open for Kevin to pursue her. But Kevin is not as free as L’Wren thinks; she is in the dark about his affair with her stepmother, Savi. Savi constantly reminds Kevin of his devious ways and uses their secret to keep him as her toyfriend.
“You don’t deserve to be loved, and you don’t deserve to be happy. You and I are the same … we’re broken inside. Everything we touch, we destroy. We don’t get happily ever after … we don’t get to ride off into the sunset. You know who gets that? L’Wren … she gets it, she gets the guy, and she deserves a decent guy.”- Savi
Kevin desires to be the man that L’Wren deserves, but before he can assume the role of white knight, he brews one last plan to get rid of Savi for good. Will L’Wren, the innocent victim in their twisted game, become a casualty?
Kevin may have sold his body to the devil in stilettos, but he’d be damned if he let her have his heart. 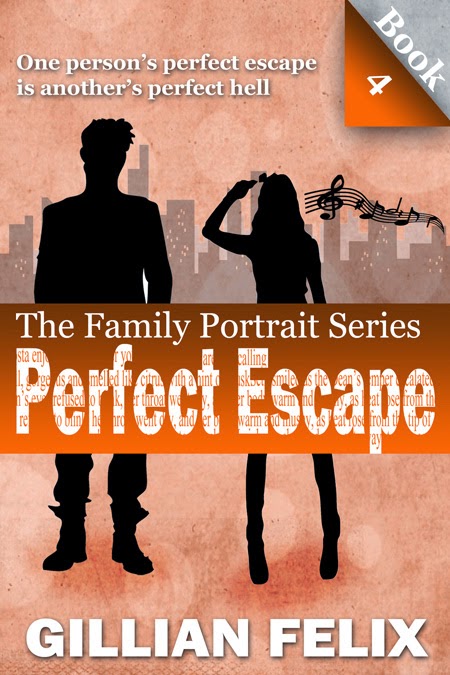 In this coming-of-age story, teen singing sensation Leighann DaCosta tries to find out who she is without her music career. A career that has been part of her life since before the age of ten. When Leighann’s estranged father enters her life, she is caught up in a tug-of-war between both parents. Does she trust the man who abandoned her as a baby, or a mother who is losing her mind?
When heartthrob Zax Banovic is assigned to tutor Leighann, he provides her with the perfect escape from the madness in her life. Enter Kristin Newman, Zax’s super-hot, sickeningly perfect, tennis-pro girlfriend, who dampens any chance Leighann has with him.
After the unthinkable happens, Leighann’s world is shattered, causing her to shut everyone out. Unable to cope, Leighann accepts help from her frenemy, but will the help she accept come with a hefty price?

What people are saying about the series:

“I see a huge following for this new series! I know I’m going to watch for more!” Di Bylo – Amazon Top Reviewer

“Gillian Felix is truly wonderful in the way she writes and captivates her readers. She has a true gift and I guess anyone who reads her books will be waiting for the next book as eagerly as I am.” Namrata Ganti – Red Pillows

“There are love, lies, secrets, and desires that rival any soap opera out there.” Karen-Anne Stewart, Author

“This series is like the Sopranos meets Nashville. It was gritty and realistic whilst entertaining and dark.” Rachel P 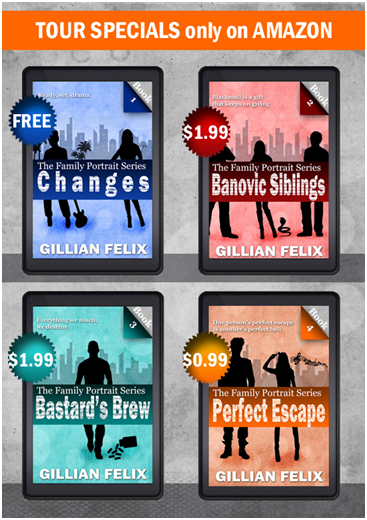 Want to give the series a try? Changes the first novel in the series is FREE on Amazon.

Enter the giveaway below for the chance to win:
a Rafflecopter giveaway

Gillian Felix was born in Port of Spain, Trinidad. She grew up watching night time soap operas by Aaron Spelling with her mother. That’s where her obsession with rich, powerful and devious characters were born. After repeatedly seeing Mr. Spelling’s name on the screen night after night, Gillian knew she wanted to be an Aaron Spelling, before she knew that Aaron Spelling was actually a person.

Gillian pursued drama in high school although it was not taught as a “serious subject”. When asked what career she wanted to pursue after graduation, she told her guidance counselor that she wanted to be an actress, and was told that acting is not a “real job”.

When Gillian moved to the US in 1998, she landed an internship with Spotlight On Theater in New York City, where she learned stage managing, casting and the technical aspect of running a production. Later she branched out into film, and fell in love with the behind the scenes action of film and theatre production. She traded acting and her “real job” for a career in film and theater production. Gillian continued writing novels and scripts but kept them to herself.

When not writing, Gillian can be found volunteering at the New Mexico Children’s Grief Center or hiking the many mountains that surround New Mexico. Gillian can easily get lost in a parking lot and considers herself directionally challenged. She is always grateful for the people she hikes with, because without them she’d be left roaming the mountains like a lost mountain goat.

When I sat down to write Perfect Escape my mind was in a different place. I had it all outlined and took out parts of the scripts to include in the book (The Family Portrait series was originally written as a television series. For more on that check out the fun facts page.
While writing the characters interaction with each other, the story took on a life of its own. I’ve known these characters for years, but putting them together in the book was much different than in the television series.
Perfect Escape revolves around the life of singing sensation Leighann DaCosta and the aftermath she faces from walking out on a successful singing career in favor of high school. Leighann experiences her first crush, has her first encounter with mean girls, and gets a glimpse of the politics behind the prestigious Westwood Academy of Higher Learning… I’m glad I’m no longer in high school!
Paring Leighann, Joel and Zax came much later in the television series, but I bumped it up to book 4. To do that, I had to make sure that storyline wouldn’t unravel the other stories later on. So I got creative and focused on their relationship. I let them tell me what they wanted to do in this new situation. It took me a longer than usual to write Perfect Escape because the dynamics were different. I also had Leighann interact more with her estranged father. In the past, readers had only heard about him from her mother’s skewed point of view. In Perfect Escape the audience gets to know him the same time Leighann does.
On a personal note, this book also helped strengthen my relationship with my own father. When I started the book he was alive and well and by the time the book was ready to be published, he died suddenly. So in more ways than one my world has changed from the beginning to the end of this book. I hope you will give this book a chance and see the bigger picture behind the drama.
Would you like to read the Family Portrait series?

« Poll: Help Me Choose a New Name for my Business!
Trailer Reveal: I Heart Robot #Iheartrobot »