Today I’m absolutely thrilled and honoured to be hosting a tour stop for one of my favourite contemporary authors-the one and only Beth Revis! I first discovered Revis back in 2013. I’d heard a lot of great things about her Across the Universe series, and when I read the trilogy I wasn’t disappointed. The final instalment, Shades of Earth, was my favourite read of 2014. So you can imagine how excited I was when I heard she was releasing another sci-fi novel, The Body Electric!
Keep reading to discover the synopsis, read my review and enter the giveaway for a chance to win the complete signed trilogy of the Across the Universe series, a signed copy of The Body Electric and an Across the Universe branded water bottle! 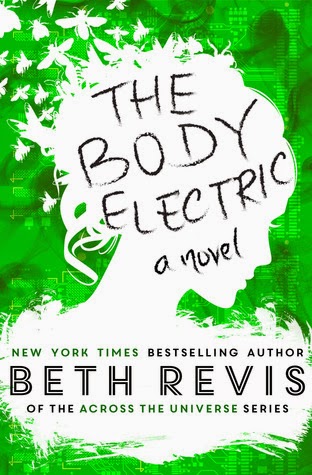 The future world is at peace.

Ella Shepherd has dedicated her life to using her unique gift—the ability to enter people’s dreams and memories using technology developed by her mother—to help others relive their happy memories.

But not all is at it seems.

Ella starts seeing impossible things—images of her dead father, warnings of who she cannot trust. Her government recruits her to spy on a rebel group, using her ability to experience—and influence—the memories of traitors. But the leader of the rebels claims they used to be in love—even though Ella’s never met him before in her life. Which can only mean one thing…

Ella’s gift is enough to overthrow a corrupt government or crush a growing rebel group. She is the key to stopping a war she didn’t even know was happening. But if someone else has been inside Ella’s head, she cannot trust her own memories, thoughts, or feelings. 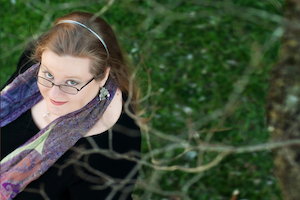 Beth Revis is the NY Times bestselling author of the Across the Universe series. The complete trilogy is now available in more than 20 languages. A native of North Carolina, Beth’s most recent book is The Body Electric, which tells the story of what was happening on Earth while the characters of Across the Universe were in space.

The Body Electric by Beth Revis is a fast-paced and skilfully woven sci-fi novel in a unique dystopian setting. Ella Shepherd works at her mum’s Mental Health Spa, where clients can enter into ‘Reveries’- dream-like states in which they can relive their happiest memories. But Ella realises she has an ability to use these reveries in a way that no one else can and discovers that there are others out there who want to use her mother’s technology for their own ends.

At times the novel reads like a political thriller, with hints at conspiracy theories and terrorist plots, and both Ella and the reader are never sure of who to trust. There are elements of mystery as Ella tries to piece together the parts of her missing past and discover which side to align herself with.

As a main character, I feel that Ella is likeable and easy to identify with. She’s not the annoyingly perfect Mary Sue that you find in many YA novels. In many ways she is just a normal girl, but losing her father to a terrorist attack and bearing the responsibility of caring for her terminally ill mother meant she had to grow up fast. Understandably she worries a lot about her mother and about another war happening, but really she’s a strong person who continues to fight even after people have tried to take everything-even her memories-away from her.

As the synopsis already reveals, Ella fears that her memories may have been tampered with. A boy called Jack, who she suspects is part of a terrorist organisation, claims to have had a relationship with her, but she has no memory of him. She starts having hallucinations and begins to feel that she may be going insane. This was fascinating to read about, as I’m really interested in anything about amnesia, distorted perception, illusion and dreams vs. reality. Ella is obviously an unreliable narrator, so part of the fun is trying to piece together what really happened to her.

The world-building in this novel is fantastic. ‘New Venice’, set in a futuristic version of Malta, is brought to life with vivid descriptions of sounds, smells and colours. Revis describes interesting and quirky details of the city and Maltese traditions to help you create a clear picture, yet doesn’t slip into long drawn-out descriptions or purple prose.

I really enjoyed the science fiction elements of the setting, which were fascinating and not too far into the realms of imagination. One of the themes that Revis explores is government surveillance, evident from the robotic pigeons that record people’s movements to the ‘cuffLINKS’ that monitor their health stats, identify them and track their location via GPS. The cuffs are a feasible development of smart phones and we know that we are already recorded many times in a day by CCTV, so these aspects are quiet believable. Revis also explores the concept of nanobots, microscopic robots that are currently being researched and developed in medicine to identify and destroy cancer cells or toxic chemicals. In The Body Electric, this technology is taken further, with most people having nanobots injected into them so that they can watch videos behind their eyes or listen to music without the need for earphones.

Another major science fiction theme is android technology. In the novel, the use of androids in all areas of life is widespread and they look and act much more realistically than the androids we have so far managed to create in real life. Revis explores one of my favourite philosophical problems-the question of what really makes us human and how we can be differentiated from machines that look and act almost exactly like us. Revis has mentioned that she is influenced by Philip K. Dick, the author of Do Androids Dream of Electric Sheep? (the novel that inspired Blade Runner). There are a few allusions to this in The Body Electric, such as Ella’s scientist father, named Philip K. Shepherd and the sheep logo on the Mental Health Spa where Ella works. Philip K. Dick also wrote a short story called “We Can Remember It for You Wholesale”, which is all about real vs. false memories (the movie Total Recall is loosely based on this). I could also see some similarities to iRobot-one of my favourite sci-fi films.

If you’re a lover of literary allusion, you may also be interested to know that ‘I Sing the Body Electric’ is the title of a poem by Walt Whitman and also of a short story by Ray Bradbury (who wrote brilliant dystopian novels like Farenheit 451). In Bradbury’s story, a child called Agatha is unwilling to accept an electrical grandmother as a surrogate for her dead mother, until the grandmother demonstrates her own immortality.

As well as all these literary and film references, I was delighted to discover little ‘easter eggs’ from the Across the Universe series that I wasn’t expecting. Before reading, I didn’t realise that The Body Electric is set in the same universe and focuses on what happened back on earth during the events of the trilogy. There are references to Godspeed, the lunar base, the colonies and even solar glass (big alarm bells for anyone who has read Shades of Earth!). There is also a motif of bees and honey running through the book and I enjoyed playing a game of spotting all of the references I went along. Revis definitely has a sense of humour, as you can see from the following example of metareference:

Jack is quite a funny, cheeky character. The romance between him and Ella is an important plot point, but never took over the main elements of the story, which were mystery, action and suspense. The ending comes with a juicy twist that is foreshadowed earlier but was still a surprise to me.

There aren’t many negative things I can say about this book, except that there were a few minor errors I noticed in the text that occasionally pulled me out of the story (I guess that’s just my inner-editor). For example, the following quotes:

“I raise the opacity of the program using my cuff, and sure enough, my dad becomes more and more transparent. More and more ghost-like. Thinking that makes a shiver run up my spine, and I shoot the opacity back down to zero so that he appears solid and real again.”

As opaque is the opposite of transparent, surely raising the opacity would make him appear less transparent?

“Maybe the nanobots I injected in myself were the result of the weird abilities I’ve been having, as well as the hallucinations.”

Surely the nanobots are the cause of these effects and not the result?

However, these errors didn’t detract from my overall enjoyment of the novel. Revis is a brilliant world builder, capable of some truly beautiful writing. Here are a couple of my favourite quotes:

“The sea is a dangerous place because it makes you believe in forever.”

“If I can only see him in madness, is it worth trying to hold onto sanity?”

In conclusion, The Body Electric was a joy to read and everything I want from a sci-fi dystopian novel. Beth Revis is now on my auto-buy author list and although this was a stand-alone I’m hoping she will write some more books set in the same universe. I would recommend The Body Electric to all lovers of science fiction (not just young adults), particularly those who have enjoyed the Across the Universe series, Do Androids Dream of Electric Sheep?, Bladerunner, iRobot, Total Recall or Inception.

Open to US/Canada only until January 26th.

Enter below for a chance to win these fabulous prizes: 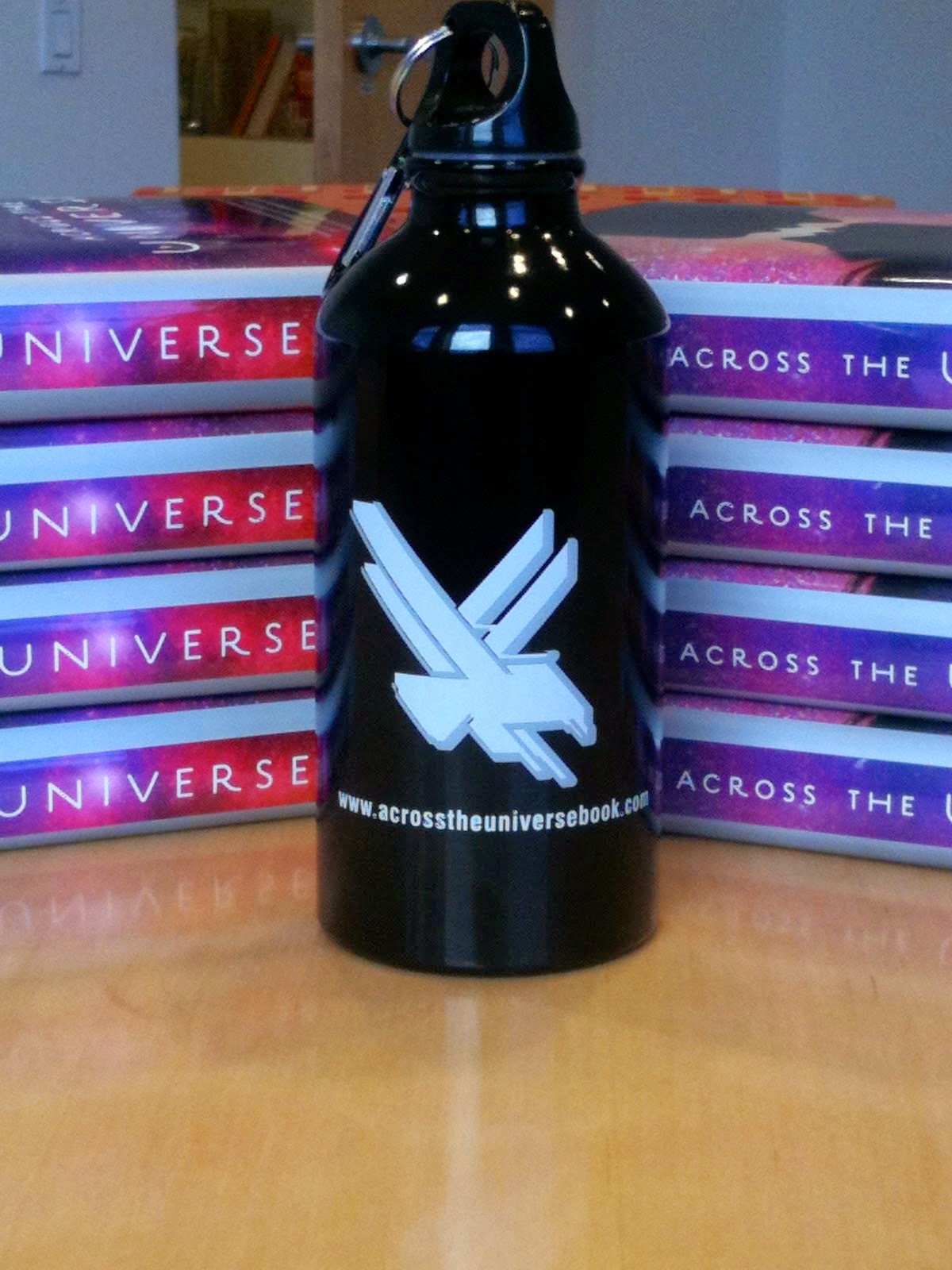 Disclosure-I was given a free copy of this book in exchange for an honest review.

You can visit the other stops on the tour here.

Are you looking forward to reading The Body Electric?

One response to “The Body Electric Tour with Review and Giveaway!”