Welcome to the cover reveal for To Make a Witch (Sword of Elements #1.5)  by Heather Hamilton-Senter! This YA Fantasy novella will be released on October 1st 2014.

Here’s a little about the book:

At her old school, Lacey found herself on the wrong side of a conflict between Celtic gods. Making a new start in an exclusive boarding school in New Orleans, she hopes to forget that she was once on the verge of becoming a powerful witch—and everything she has lost since then.

When a gruesome murder occurs in the very heart of Westover Academy, Lacey senses a connection between it and the desecration of the tomb of Marie Laveau, the Voodoo queen. Haunted by a trauma in her past and the resulting OCD, Lacey must solve the mystery before she becomes the killer’s next target.

Circumstances beyond her control may once again make Lacey McInnis—cheerleader, scholar, and all-around good girl—a witch.

Be sure to add To Make a Witch to your Goodreads ‘to read’ shelf!

Ready to see the cover? Click on ‘read more’ for the big reveal! 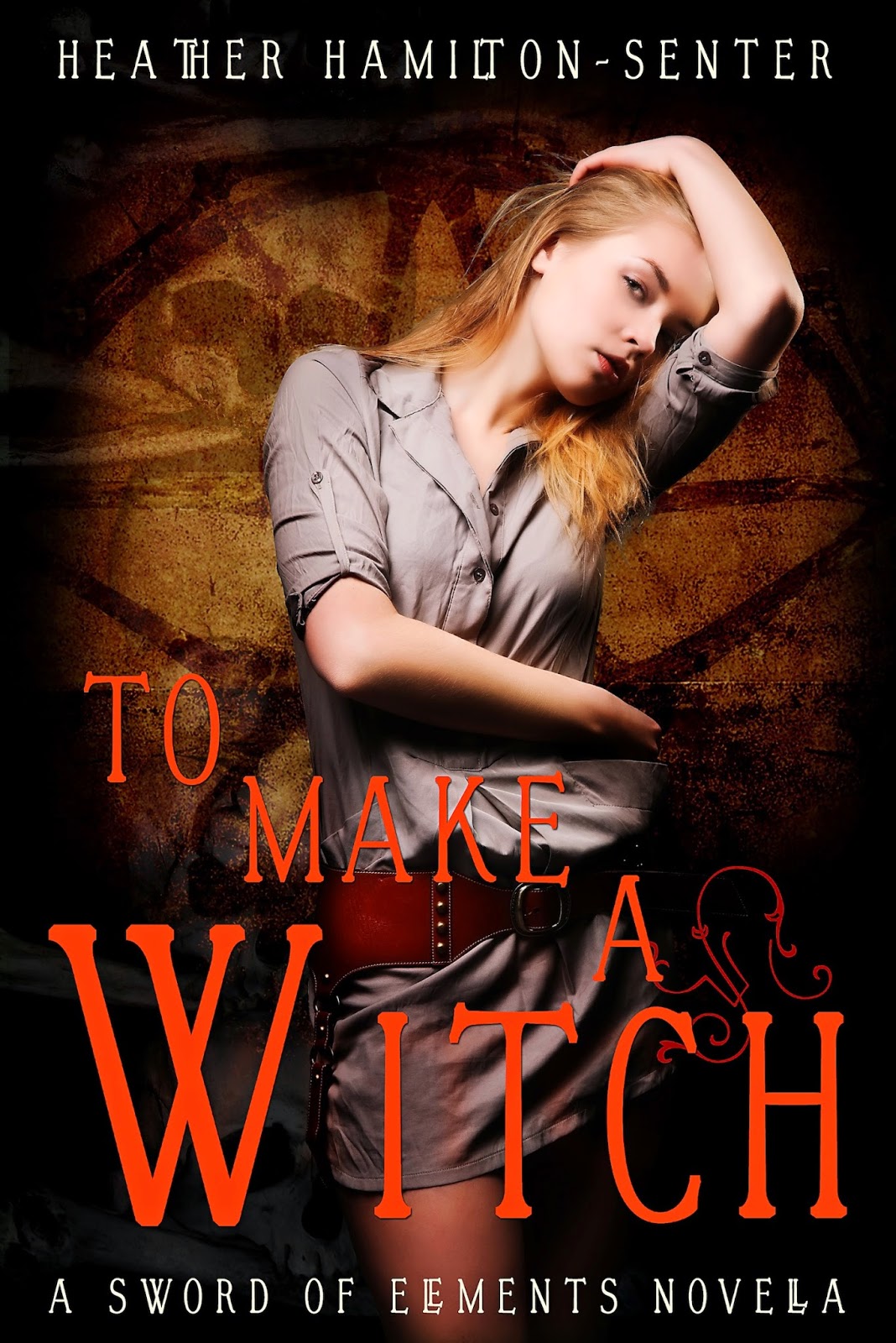 I really like this cover. I love the bold, red font and the pose of the model and the textured pentagram in the background. It looks very cool and mysterious.

Heather grew up in a family where books of myth and legend were used to teach the ABCs and Irish uncles still believed in fairies. Raised with tall tales, she has always told stories too- first as an actor and singer, then as a photographer, and now as a writer.

Heather lives in rural Ontario, Canada happily raising three children ranging in age from 6 to 18 with her biggest fan, her husband Steve.