Today I’m very excited to introduce you to The Sending, a YA dystopian novel by Jandy Salguero. 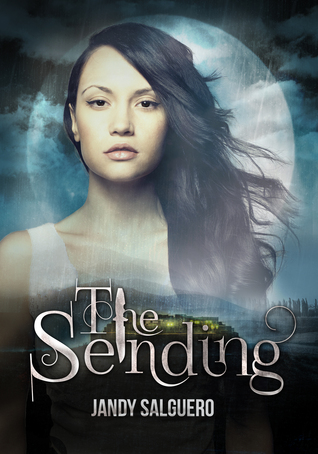 A city’s peace is shattered when two university students go missing, and only Daneel and his friends know the shocking truth of what happened. Finding themselves under attack, Daneel leads them in a race to escape the mounting violence.

Mara is willing to kill for the beliefs of the faction that raised her. But as she seeks out her mark, using a rare, mystical form of travel known as the Sending, Mara discovers a powerful connection that challenges the truth of everything she’s been taught.

While Daneel fights to protect those he cares for, Mara must choose whether to cling to the ideology of her home—or open her scarred heart to a searing attraction and the promise of a new life.

Praise for The Sending

The Sending reads like a dystopian Romeo and Juliet where strong, full characters from very different places inevitably collide with passion and conflict. Salguero fills a fresh, vibrant world with a nerve-tingling fast plot. Prepare to be immersed.

The Sending is a thrilling, fast-paced, science fiction-romance that’s impossible to put down. Edge-of-your-seat action scenes, and a romantic attraction so intense that it will make you want to turn down the air conditioning, The Sending is a great read that left me hungry for more. I loved this book!

As one of the hawks flew across the tiny plane of space framed by her window, Mara closed her eyes. She envisioned herself there, experiencing the grace and the power of their movements. She imagined the control of that journey and thought that one day she might have that type of power over her own fate.

Mara felt a kinship with the graceful hunter. It knew the thrill of conquest coupled with the need for survival: opposite sides of the same implacable coin. The compound had taught Mara to use that need to a greater advantage than she had before.

She was a young six years when she lost her family. The memories of their life together had quickly begun to fade into the cruel background of her new life, into an icy, nearly paralyzing bath of hunger and fear.

The fear had covered everything. It had even blanketed the things that had seemed gentle and innocent to her before, so that nothing was safe. For a long time, the fear had ruled her with a cold, hard hand. 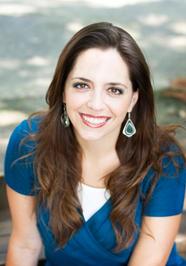 Growing up in southern Louisiana, Jandy Salguero’s life was full of friendly smiles, good food and tall tales. She holds a BA in French from Brigham Young University, where she met her husband in the midst of the great Rocky Mountains. She now resides in a small town outside of Raleigh, NC. Her days are full of grade-school antics and underfoot toddler toys– courtesy of her two handsome boys.

She is currently working on Book 2 in the Senitha’s Light series, due out in early 2015.

Enter below to win a $50 Amazon Gift Card or Paypal Cash!

Are you excited to read The Sending?