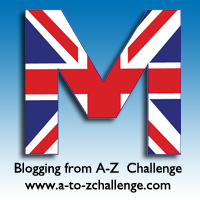 For the letter ‘M’ I have chosen Marmite. Marmite is a famous British spread made from yeast extract, invented in the 19th century by a German scientist called Justus von Liebig. The Marmite brand was established in 1902 in Burton-Upon-Trent and has since become an iconic British product. We even use the term ‘Marmite effect’ to describe things that generate strong opposing feelings. 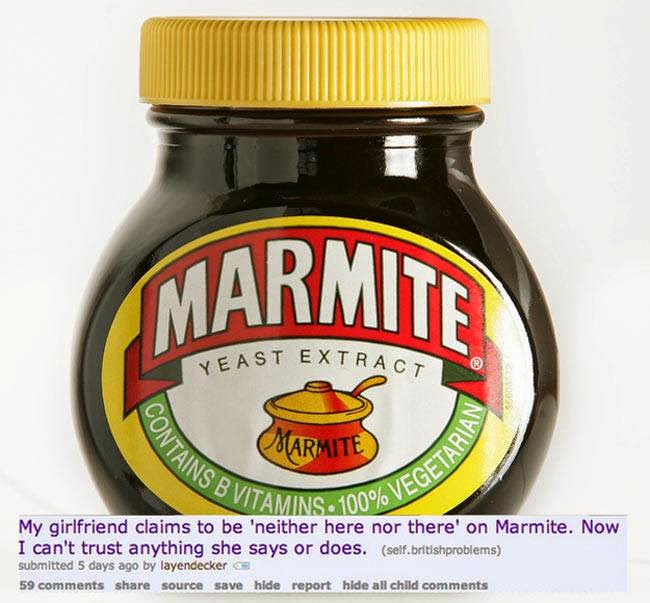 The brand’s slogan is ‘you either love it or hate it’ which I think is quite true. It’s certainly an acquired taste. It looks disgusting-like sticky dark brown tar, and has a very strong smell. The taste is hard to describe, but it’s kind of bitter and salty. It’s similar to Vegemite or Vegex, but stronger. I’m definitely a Marmite lover though. My favourite ways to enjoy Marmite are:

Marmite is also now a novelty flavour in a lot of different products, such as crisps (potato chips), rice cakes and crackers. Starbucks in the UK even does a Cheese and Marmite panini! My Mum is a massive Marmite fan and is obsessed with the Marmite crisps. I even bought her a Marmite mug and The Marmite Cookbook by Paul Hartley, which has loads of delicious recipes. You can also collect special edition jars for events like the Queen‘s Diamond Jubilee and special flavours like Guinness. I enjoyed the Christmas 2012 edition that contained edible gold flecks!

Are you a lover or a hater? Vote in my poll below!

5 responses to “M is for Marmite”