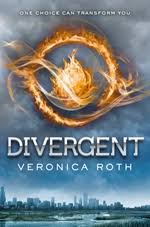 If you’re a big fan of Divergent by Veronica Roth, you will have heard that a movie is in the making for 2014 and will have probably put quite a lot of thought into who your ideal cast would be. Fans have suggested actresses such as Saorise Ronan (YES!) and Taissa Farmiga to play Tris, and actors like Steven R McQueen (Jeremy in The Vampire Diaries) and Max Irons to play Four.

But this weekend it’s been announced that Shailene Woodley is in final negotiations to play Tris. This has sparked a lot of heated debate among fans on various facebook groups, many of whom disagree with the casting choice because of her ‘un-Tris-like’ appearance. I admit that when I first saw a pic of her, I thought “What? No way! She looks nothing like Tris!” Then I realised that it’s nothing a bit of hair dye and eye contacts can’t sort out. I’ve not seen her in a film before, but she has had good reviews for the part she played in The Descendants alongside George Clooney. At the end of the day, the acting ability of the person who gets the role of Tris matters more to me than their appearance, and I’m hopeful that Woodley will do a good job.

Most importantly, Veronica Roth is pleased with the choice:

From the moment I heard that she was being considered, I have been nothing but enthusiastic.  My priority has always been, first and foremost, that the role of Tris be well-acted, and Shailene has proven how talented she is, as anyone who has seen The Descendants can attest. And physically, what’s most important to me, far and away more important than other aspects of her appearance, is that Tris does not look like an action hero– she looks like a slight person with youthful, delicate features, someone who shocks you with how strong and capable she becomes. To me, that is exactly the look Shailene has, exactly the look I’ve always had in my mind. From what I’ve seen, I’m confident she will be able to capture Tris’s particular mixture of vulnerability and strength, and that surprising moment when a seemingly unremarkable girl from Abnegation transforms into a powerful yet flawed young woman.

I decided to have a go at mocking up a movie poster for Divergent featuring Shailene Woodley as a blonde-haired Tris:

What do you think? Could she pull it off?

There’s no confirmed choice for Four yet, but apparently Alexander Ludwig (Cato in The Hunger Games) has been meeting with producers to discuss playing the role. I like him as Cato, but he’s not really how I imagined Four. Still, the producers must have their reasons, so maybe they will surprise us. Anyway, I’m going to keep an open mind until the cast are officially picked and until I’ve seen the movie.

What are your thoughts? Who would you like to play Four and Tris?